What It Takes To Give Up A luscious Food?

It is a known fact that smoke inhalation isn't good for you. What about smoke ingestion?

Several brands of liquid smoke flavorings and smoked foods have been tested for DNA-damaging potential and levels of known carcinogens. Damaging DNA is just one of many ways chemicals can be toxic to cells. The recommended daily upper safety limit for these carcinogens is 47. Hickory smoke flavoring only has point eight per teaspoon, so you'd have to drink three bottles a day to bump up against the limit. 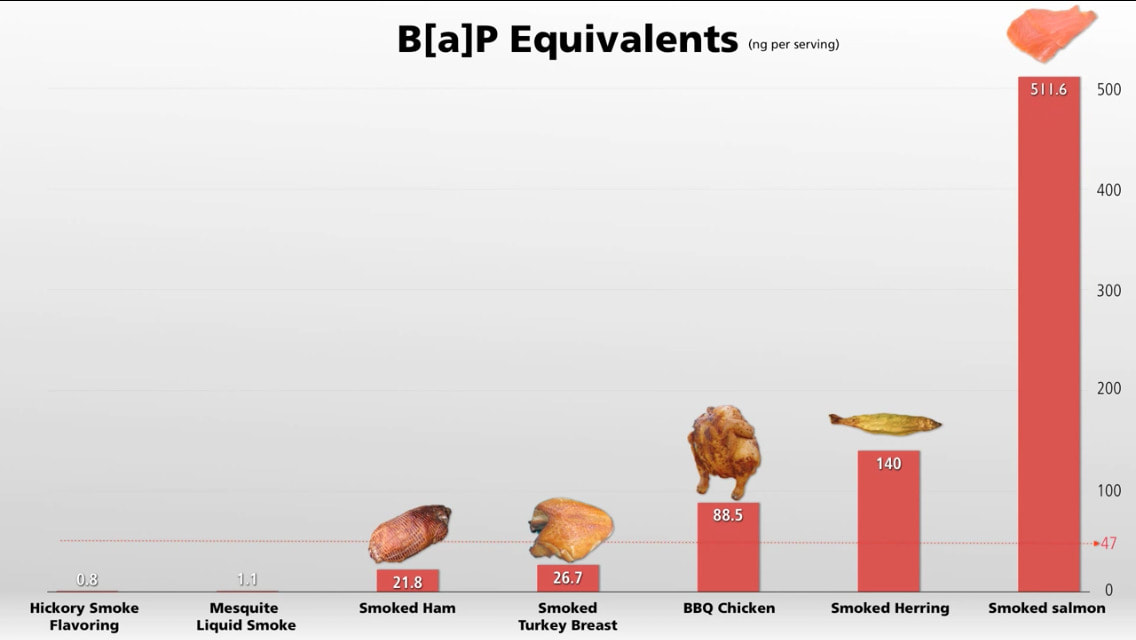 It turns out that our body doesn’t capture much of the smoke cancer compound in the liquid smoke seasonings. The only time you really need to worry is when you eat smoked foods, foods that are directly exposed to actual smoke.

For example, smoked ham takes you up to 21.8 (in the graph), and smoked turkey breast up to 26.7. So one sandwich and you may be half way to the limit.

But one serving of barbecued chicken takes you over the top, 88.5. Less than a single drumstick and you nearly double your daily allotment of these carcinogens.

​However, fish appeared to be worse. Smoked herring?! 140. And we have to enlarge the graph to fit the worst of the worst, smoked salmon. One bagel with lox could take you 10 times over the limit.